In his recent article on possible aspirants ahead of the 2023 presidential race from the South-West, Dr. Reuben Abati saw a problem that only he can probably solve on behalf of the 50 million or so people of the arguably most politically sophisticated people of Nigeria. He problematised the contest for All Progressives Congress into a kind of gordian knot that will require special brain power to solve.

In trying to untie this imaginary gordian knot, Dr. Abati then acquired a god-complex as the ultimate decider of destiny. While the article in question would pass as a good preview of the presidential hopefuls from the South-West, it was very unpretentious in its set objective which is to unjustifiably hack down Asiwaju Bola Ahmed Tinubu, a former Governor of Lagos state and a chieftain of the All Progressives Congress.

Abati x-rayed the possibility of a presidential contest involving five outstanding politicians from the south-west within same political party with Asiwaju Tinubu. In the opinion piece, titled ‘The South West Presidential Hopefuls’, first published by Thisday Newspaper and later syndicated to other online news platforms, the former presidential spokesperson lined up the Vice-President, Professor Yemi Osinbajo (SAN), former Ogun State Governor, Senator Ibikunle Amosun, Ekiti State Governor who is also the chairman of Nigeria Governors’ Forum, Dr. Kayode Fayemi and Asiwaju Tinubu as the gladiators that will fight for the soul of the APC and by extension the support of the Yoruba people. While he raised a very feeble argument for and against each of the other three men that made his cut, it was apparent that Tinubu is the object of his direct attack and take down. The entire article reeked of intellectual arrogance and was needlessly magisterial. It should be stated that Abati diminished VP Osinbajo and Senator Amosun, two outstanding political figures in their own right by not thinking much of them as remarkable aspirants to the highest office in our country.

The point can be made that Abati only mentioned Professor Osinbajo and Senator Amosun as a mere décor piece to hide his real intention which was to pillory Asiwaju Tinubu. Many Peoples Democratic Party’s operatives, which include Abati, have not forgiven Tinubu for his mortal sin of 2015. Tinubu led a formidable opposition party and worked very hard with others to send Peoples Democratic Party packing from the apex of our national political leadership after the mess the party made of the country for 16 years. The worst being the last four years of which Abati was an active role player as a Presidential Adviser. It is therefore understandable that he is still bitter that Tinubu and other politicians that formed the APC prematurely ended PDP’s gravy train ahead of the projection by Chief Vincent Ogbulafor, its erstwhile National Chairman. In 2008, at the height of his reckless exuberance, Ogbulafor triumphantly proclaimed to a bewildered nation that his party will rule Nigeria for 60 unbroken years.

Abati seems to have taken it upon himself the unenviable task of helping the South West and APC in particular to make a sellable choice among likely contenders. The only way he thinks he can achieve that is to delegitimize Tinubu and declare his ambition, if it exists at all, as ‘unpopular’ and ‘dead on arrival’ while ‘his own Yoruba people have not bought into it, despite the pretensions of a vocal minority.” Now that we know Abati is imbued with omnipresent power and the power of life and death over the ambition of a fellow human, we should ask him if an ambition is popular and alive only when he says so. In the absence of any evidence-based survey carried out among the Yoruba people that reveals Tinubu is unpopular, can we, therefore, say that Abati’s prowess as an established columnist is enough to arrive at such a jaundiced conclusion? It is intellectual arrogance carried too far for anyone to magisterially claim that a yet to be declared presidential ambition has not gained traction among Yoruba people.

To further his intellectual indulgence, Abati stretched his illogical permutations beyond the frontiers of the South West he set for himself when he wrote that Tinubu’s only problem, “is that other Nigerians would not want to hand over Nigeria to him so he can run it with the same kind of totalitarian grip that he has over Lagos. His presidential ambition, for that reason alone, is dead on arrival.”

Contrary to this assertion, Nigeria will immensely benefit from the intellect, economic wizardry and political sagacity of Tinubu should he decide to seek the Presidency of this great country. Since the death of late Chief MKO Abiola, the Social Democratic Party (SDP) Presidential candidate who won the June 12, 1993 Presidential election, Nigeria has not gotten any well-educated, cosmopolitan, detribalized and extraordinary political mobiliser and organizer like Tinubu with his kind of national appeal. His performance as the governor of Lagos in 8 years and the success his successors have made of the state as the most progressively run state of the Nigerian federation recommends him for the highest office in the land. He was a governor in 1999 who met a state that was in comatose. He brought on board the most dynamic cabinet of that era made up of brilliant young men and women who were highly accomplished to help him govern the state. In no time they re-organised the finances of the state, reformed the civil service with automation, embarked on massive infrastructural upgrade the state did not see in the previous 30 years before his tenure with Oregun road, Awolowo Road in Ikoyi, Itire-Lawanson Road, Igando Road among several others. The durability of these roads almost 20 years after attests to the enduring vision of Tinubu as a man who builds to last. In year 2000, he saw well ahead of his peers when he started the first Enron Independent Power Project in the country before IPP became popular with the Federal Government and other states.

On social infrastructure, he introduced LASTMA to untangle the chaotic traffic management in the state, revamped LAWMA and launched PSP to make waste collection better while creating thousands of jobs in the process. He also created LAMATA, a fit-for-purpose agency and one of his enduring legacies in Lagos to integrate road, rail and water transportation infrastructure.

Successive administrations after Tinubu in Lagos are only executing the grand vision he incubated. Perhaps, his biggest achievement in Lagos is the quality of the three men that have governed the state after him. Abati himself in his article testified that “Tinubu’s greatest strength is in identifying and building talent. He is exceptional in that regard in contemporary Yoruba politics.” As President of Nigeria, Tinubu will bring our best and brightest to work and make Nigeria a better country than it is. He did it in Lagos and Nigeria will only provide him a bigger platform.

It then beats commonsense, if Nigeria should not have the benefit of the service of a man who turned around the fortune of Lagos to be one of the world’s functional megacities, where every governor after him has improved the performance index. With almost N50 billion monthly Internally Generated Revenue, Lagos is the only state in Nigeria today that can function and meet all its obligations without recourse to the monthly federal allocation, all thanks to Tinubu who found the path for his successors to thrive. Should he decide to run for the presidency of Nigeria, he will sure have a good story to tell Nigerians. The story of the success he made of Lagos – a mini Nigeria will sure be a compelling one.

Interestingly for Tinubu, the three other possible Presidential hopefuls from the South West that made Abati’s list are people who owe whatever they have become today, that makes them possible consideration for the presidency, to God and Tinubu, who invested his time and resources into their political career the same way he helped countless of other Nigerians across different ethnic, religious and political persuasions.

Without taking anything away from the credentials and qualifications of Dr. Kayode Fayemi and his right to aspire to any office in the country, including the Presidency, it appears to me that Abati’s opinion piece was deliberately written to endorse Fayemi out of his possible hopefuls from the south-west and to set him up against Tinubu for no just reason. The article is an unfair repudiation of Tinubu who is at liberty to aspire to the Presidency of Nigeria as a free born. Whether Tinubu will find favour and support from the Yoruba people and Nigerians at large is a moot point which no columnist can legislate upon regardless of whatever self-importance he arrogates to himself. To write that Tinubu’s ambition is not popular and dead on arrival is playing God. There is no way Abati, however potent he may think his pen is, can use it to whimsically write off the political future of any man and least of all, a towering political master planner like Tinubu. In any case, Abati also wrote off Buhari in 2015 until the electoral tsunami swept off the Presidency where he was a spokesman. It is obvious Abati has not forgiven Tinubu for the role he played in uprooting the very ineffectual and corrupt government led by his former principal. His anger against Tinubu should be understood from that standpoint. 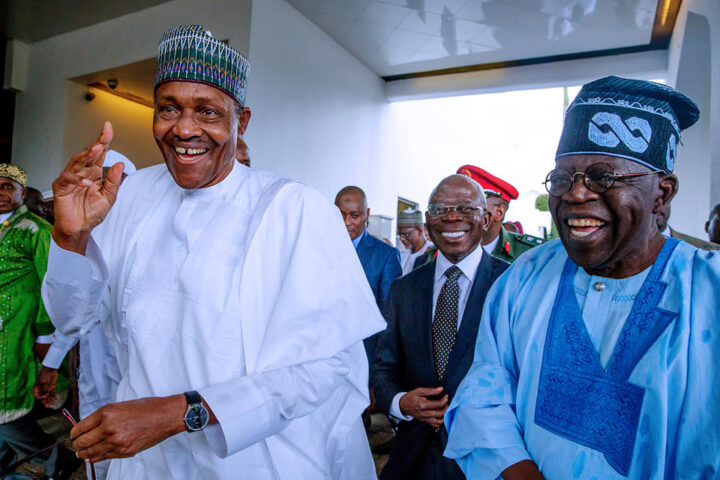 Kano speaker: We'll back Tinubu for president -- he supported Buhari 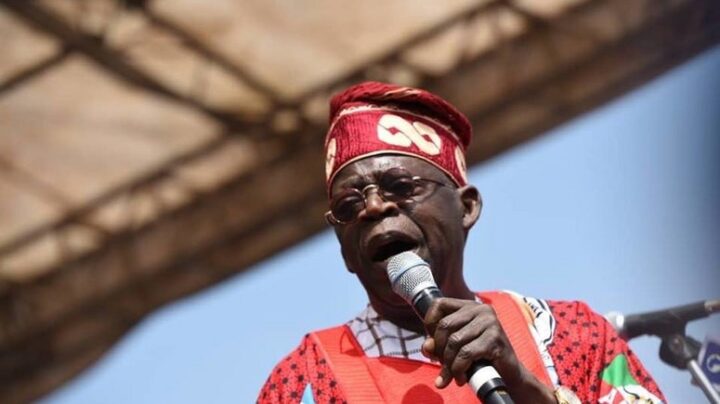 'He fought corruption in Lagos' --- Faleke, group ask Tinubu to run for president 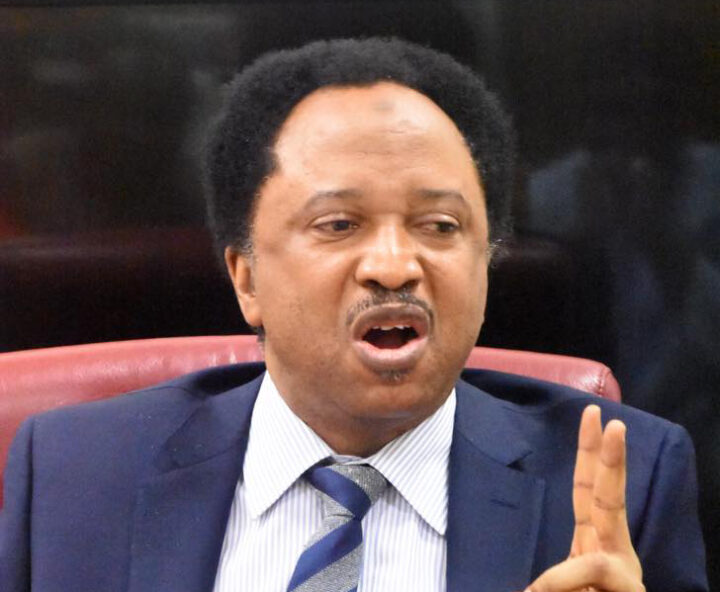 Shehu Sani: Power rotation needs to be clearly stated in the constitution